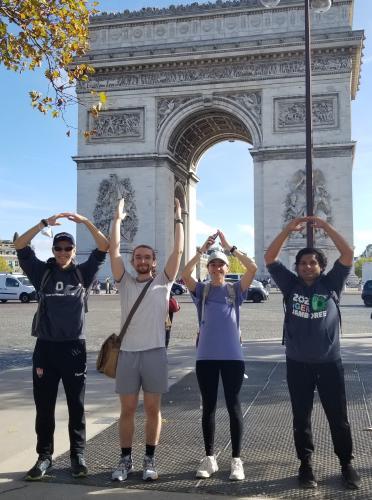 For the third year in a row, a team of Ohio State University students earned a gold medal at the annual iGEM Giant Jamboree. Food, agricultural and biological engineering majors Angela Szilvas and Satvik Kethireddy, and chemical engineering majors Ryan Burrows and Elijah Lothrop travelled to Paris for the competition in late October.

The International Genetically Engineered Machine (iGEM) is a non-profit organization that is dedicated to the advancement of synthetic biology, education and competition, and the development of an open community and collaboration. The iGEM Grand Jamboree is an annual event that showcases over 300 international teams. This year’s competition was in-person for the first time since 2019.

The Ohio State team’s project, called “Phinder & Phighter,” is a continuation of their 2021 project, which seeks to treat sepsis by neutralizing the invading bacteria, allowing the immune system to not overreact, which can cause harmful side effects and even death.

They have developed a phage, which targets certain types of bacteria and transcribes proteins that bind or modify the lipid A molecule so that it is not detected by the immune system. The team was judged on their presentation to a panel of judges and a wiki website completed in early October. 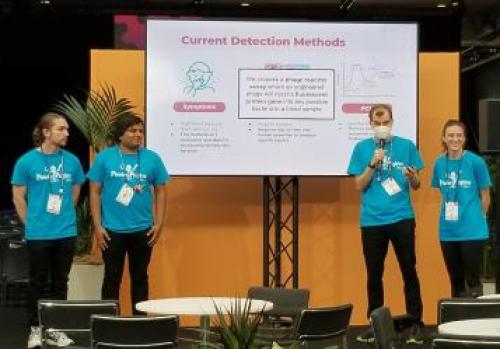 “This year's team overcame many struggles that took the members' time away from working on the actual project,” said Lindsey Shimoda, team advisor, former team member and recent graduate. “They had to find a principal investigator, advisor, lab space and funding. The hard work and dedication from the team members paid off, and it shows on their wiki and gold medal.”