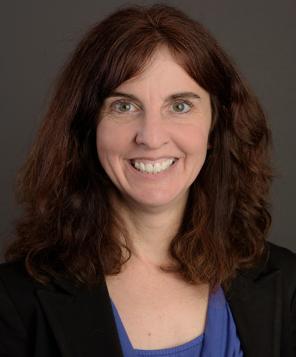 Linda Broadbelt (BS '89), a member of the CBE Alumni Advisory Board, was elected a member of the American Academy of Arts and Sciences, one of the nation’s oldest and most prestigious honorary societies.

Broadbelt is Sarah Rebecca Roland Professor and professor of chemical and biological engineering at Northwestern University's McCormick School of Engineering. She also serves as associate dean for research at McCormick.

A member of the National Academy of Engineering, Broadbelt is internationally recognized for contributions in complex kinetics modeling of hydrocarbon chemistry, particularly for the development of automated mechanism generation techniques and methods for specification of rate coefficients. She applies her computational expertise to diverse fields, including catalysis, degradation kinetics, and biological pathway identification. Much of Broadbelt’s work has been adopted by industry.

Her honors include selection as the winner of the R.H. Wilhelm Award in Chemical Reaction Engineering from AIChE, the E.V. Murphree Award in Industrial Chemistry and Engineering from the American Chemical Society, the Dorothy Ann and Clarence Ver Steeg Award, a CAREER Award from the National Science Foundation, an AIChE Women’s Initiative Committee Mentorship Excellence Award, selection as a Fellow of the American Association for the Advancement of Science, a Fellow of AIChE, Fulbright Distinguished Scholar, appointment to the Defense Science Study Group of the Institute for Defense Analyses, selection as the Su Distinguished Lecturer at University of Rochester, Ernest W. Thiele Lecturer at the University of Notre Dame and the Allan P. Colburn Lecturer at the University of Delaware

The American Academy of Arts and Sciences was founded in 1780 by John Adams, James Bowdoin, and others who believed the new republic should honor exceptionally accomplished individuals and engage them in advancing the public good.

The Academy’s dual mission remains essentially the same 240 years later with honorees from increasingly diverse fields and with the work now focused on the arts and humanities, democracy and justice, education, global affairs and science.

Christina Sistrunk: On Leadership and Life