Three times a charm -- or a Fellow 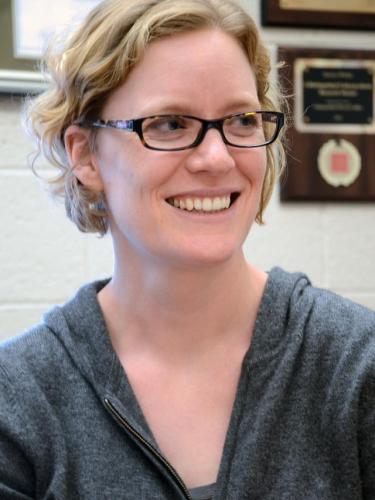 Professor Jessica Winter has had a notable year.  In the spring of 2021 and in recognition of her significant contributions to publishing in the chemical sciences, she was elected a Fellow of the internationally-renowned Royal Society of Chemistry (RSC). Winter, an established leader in nanobiotechnology, has served as an associate editor of RSC's Journal of Materials Chemistry B  and published in RSC journals such as Nanoscale, Soft Matter, and Journal of Materials Chemistry B.

RSC is the world’s leading chemistry community and an influential champion for the chemical sciences. Its mission is to advance excellence and promote the development, practice and application of the chemical sciences across the world in a broad range of disciplines. It was founded in 1841 and now has over 50,000 members.

On the heels of this distinct honor, Winter was elected to the Biomedical Engineering Society (BMES) 2021 BMES Class of Fellows in September of this year. This honor recognizes members who demonstrate exceptional achievements and experience in the field of biomedical engineering, and who hold a record of membership and participation in the Society.

But the honors weren't over yet. In October, the American Institute of Chemical Engineers (AIChE) Board of Directors also approved her election to Fellow, the highest grade of membership. AIChE  is the world’s leading organization for chemical engineering professionals, with more than 60,000 members from more than 110 countries. In notifying Professor Winter of the result, AIChE Executive Director and CEO June Wispelwey wrote, "This honor reaffirms the high esteem with which your colleagues and peers view your distinctive professional achievements and accomplishments."

Winter's primary research interest is the exploration of the relationship between nanoparticles and biological elements. In August 2020 she was honored with the prestigious Jacobus van 't Hoff Lectureship at the University of Delft, Netherlands, where she gave a talk entitled "Encapsulating Hydrophobic Cargoes in Micelles via Scalable Nanomanufacturing Approaches."

Her experience with scalable nanomanufacturing has grown as a result of her Quantum Dot imaging innovation, a high-caliber magnetic fluorescent nanoparticle which shines in different colors to tag molecules in biomedical tests such as cancer detection. After finding evidence that the refined particle could help researchers to significantly reduce costs, increase the efficiency of their research, better identify and understand disease progression, and improve patient outcomes, she founded a start-up company, Core Quantum Technologies, LLC, which is working towards providing the substantially-improved quantum dot and magnetic dot products to the research biotechnology market.

Additional honors include being named TechColumbus Innovator of the Year, Columbus Business First 40 under 40, and Columbus Business First 20 People to Know in Technology. In addition, she won the American Chemical Society Rising Star Award and the Golden Mouse Trap Engineering Rising Star Award, and was named to Top 25 STEM professors in Ohio. In addition to being a Fellow of AIChE, BMES and RSC, she is a Fellow of AAAS and AIMBE, and a senior member of the IEEE.