Undergraduates recognize excellence in their peers

The Student Chapter of the American Association for Chemical Engineers (AIChE) is a fully-involved student organization that undertakes a wide range of activities, from hosting guest speakers and networking nights; fundraising; organizing sessions on job-hunting skills and career-building; and holding its very own Student Awards program.

Students throughout the chemical engineering program may nominate any of their peers for one of the awards, which are intended to both recognize excellence while encouraging greater involvement from other students. Final award determinations are made by the AIChE Board of Directors in conjunction with the department's Undergraduate Student Awards Committee.

This year's awards-gathering process was led by Matthew F. Greenwaldt, president of the Ohio State Chapter of the American Institute of Chemical Engineers.

Congratulations to this year's winners! 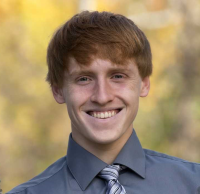 During spring semester, there was an unexpected need for more Teaching Assistants (TAs). Sam, who had been a TA since last fall, went out of his way to provide more office hours to his students whenever he felt students could benefit, such as before tests or when they were having a hard time in class. He is dedicated to making sure that his students succeed and prioritizes helping them when they need it most, even outside of office hours.

Vocal and energetic, Sam has a style of coaching students through problems that gives them insight into his thought processes and inspires students to approach problems a different way. He brought students closer to their own fundamental understanding of the problem, enabling them to take his advice and apply it directly to other problems. Students credit him with helping to improve students' studying and substantially improving their performance on the most important tests during the year.

In light of national events that occurred last summer, Judy took it upon herself to head up the diversity and inclusivity effort at Ohio State’s AIChE chapter. This was in addition to her other responsibilities as Professional Events Coordinator, which includes such things as organizing the company information sessions that help the chemical engineering student body obtain intern and co-op experiences.

In a significant effort, Judy put in countless hours planning and hosting multiple diversity and inclusion workshops fall semester, as well as an additional 8 workshops spring semester. She worked along with leaders from the Multicultural Center at Ohio State to bring a variety of perspectives to the forefront so that other people could benefit from increased awareness and understanding of issues such as social and racial injustice issues. She personally hosted three the Capital Resin Information Session and two diversity and inclusion workshops:  "Fostering Inclusive Organizations and Spaces" and "What is Race in America?" 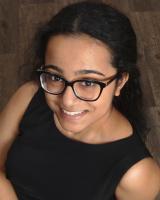 Recognized by her peers as a very hard worker who gives 110% to everything she does, Anjali is also known for her welcoming attitude and is a friendly face to everyone in the department.

Anjali has been dedicated to the chemical engineering department since her first semester at Ohio State, and is always seeking new ways to reach out to all students in the department. Now a junior, she held the position of Freshman Outreach Chair in AIChE and later took on roles of Professional Development Chair and working on the Wellness Committee. In these roles she undertook many community-building initiatives, such as social gatherings; Networking Night and info sessions; resume, career-fair prep and career-skills workshops; planning events to help CBE students take care of their mental health, and more. Even with a virtual platform during the pandemic, she found ways to make the ChemE community feel close and tight-knit. For example, she held an excellent event with Dr. Ozkan which filled the role that Pizza with the Chair had during in-person semesters. All of her events are inclusive and encourage all people and voices to be heard during these events.

Anjali was also the Women in ChemE events coordinator and despite the name, she was able to engage the entire College of Engineering and STEM students, faculty, and staff. Through these events, she brought diverse perspectives to attendees, providing them with techniques to be better listeners, value the input of all team members, and become more well-rounded engineers. One event involved a candid discussion about imposter syndrome, which affects all engineers from all backgrounds. Understanding that this is a common problem for engineers helped students go above and beyond in their academic endeavors and build confidence.