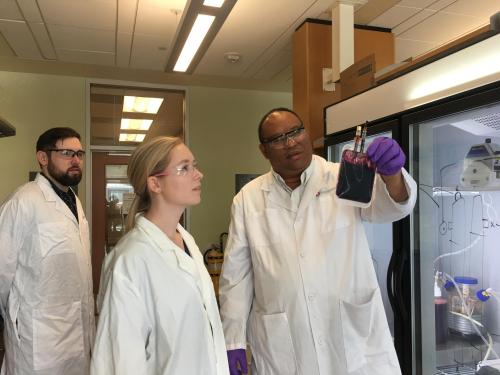 PEGylated megahemoglobin for use as a red blood cell substitute

Next-generation polymerized hemoglobins for use in transfusion medicine

Professor Palmer is a global leader in blood substitute research and engineering biomaterials for use in transfusion medicine and tissue engineering. He is currently working to develop safer, more commercially viable red blood cell substitutes that could tide patients over until they receive a blood transfusion.

Among other honors, Dr. Palmer is an Ohio Eminent Scholar and Fellow of The American Institute for Medical and Biological Engineering (AIMBE), which represents the top two percent of researchers in the medical and biological engineering community in the country. In 2021, he received the Gaden award from the Wiley journal Biotechnology and Bioengineering for publishing a high-impact paper reflecting exceptional innovation, creativity, and originality.

He is a member of the NIH BMBI study section and the International Scientific Advisory Committee on Blood Substitutes.

He chaired the William G. Lowrie Department of Chemical & Biomolecular Engineering from 2014-19.

The following technologies are available for licensing. 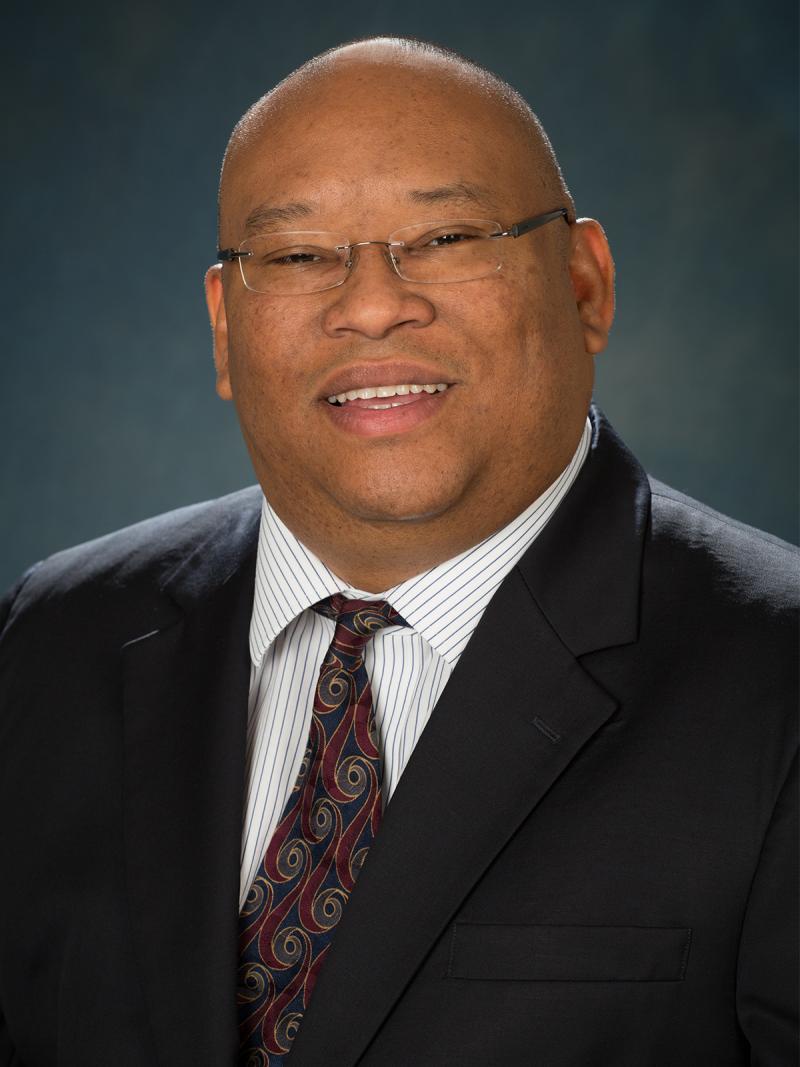 Universal oxygen (O2) carrying solutions that can replace the O2 storage and transport functions of red blood cells (RBCs) will greatly improve clinical outcomes for trauma victims and patients undergoing high-blood-loss surgical procedures. These O2 carriers are to be used when blood is not readily available, such as on the battlefield, during natural disasters, at the site of a terrorist attack or in rural areas without hospital access. My lab employs a simple approach to design hemoglobin-based O2 carriers (HBOCs) as RBC substitutes. Our design strategy is based on the observation that transfusion of cell-free hemoglobin results in vasoconstriction, systemic hypertension and oxidative tissue injury. The root cause of these side-effects stem from the ability of hemoglobin to extravasate through pores lining the wall of blood vessels, and consequently scavenge nitric oxide from the surrounding vasculature as well as catalyze production of reactive oxygen species. Therefore, our design strategy focuses on increasing the molecular diameter of HBOCs so that they are unable to traverse across the wall of blood vessels into the tissue space to limit/prevent these side-effects. Approaches to accomplish this include: polymerizing hemoglobin into molecular aggregates, conjugating poly(ethylene) glycol/oligosaccharides to the surface of the hemoglobin molecule, encapsulating hemoglobin inside the core of submicron vesicles and using naturally occurring hemoglobin superassemblies from annelids. These simple strategies mitigate the adverse side-effects associated with the infusion of cell-free Hb into the circulatory system.

O2 transport remains one of the main limiting factors in culturing large dimension tissue engineered constructs. When mammalian cells are placed in aqueous media, their metabolism and thus growth is severely constrained by the availability of O2. Since O2 is not very soluble in water, my research focuses on approaches to better improve O2 storage and transport to cultured cells, especially cells grown in bioreactors. Towards this goal, we have used HBOCs to deliver increased levels of O2 and physiological O2 gradients to hepatocytes and β-cells housed in hollow fiber bioreactors to serve as a bioartificial liver assist device and bioartificial pancreas, respectively. We have also used HBOCs to deliver O2 to transplanted islets to reduce graft hypoxia and improve graft function.

Plasma substitutes (PSs), although they lack O2 carrying capacity, are an important class of transfusion solution that can maintain blood volume. They are more advantageous compared to RBC transfusion due to the absence of immunological reactions, longer shelf life, cost-effectiveness and reduced risk of infection. However, conventional PSs are often limited by undesirable side effects, such as RBC aggregation and nephrotoxicity (dextrans), coagulation disturbances (hydroxyethyl starches) and limited intravascular retention (albumin). Notwithstanding this minor limitation, albumin is considered a near optimal PS, whose unique molecular size, shape and electrical charge prevents vascular extravasation into most tissues. Despite its natural prevalence in the bloodstream, human serum albumin (HSA) can increase the risk of mortality when administered to patients with increased vascular permeability (i.e., patients suffering from burns, septic shock, ischemia-reperfusion injury and endothelial dysfunction). This occurs in injured vascular endothelium with increased capillary permeability resulting from physical damage, inflammation, neutrophils or endothelial swelling. Our research proposes re-engineering PSs beyond simple blood volume management, by preserving the interaction between the components of blood and the microcirculation, in order to increase perfusion and maximize oxygenation, thus creating a viable alternative to RBC transfusion or to act as a bridge until RBCs are available. We hypothesize that the deleterious effects of HSA extravasation can be decreased/eliminated by polymerizing HSA (PolyHSA), in order to increase its molecular size, prevent extravasation and increase intravascular retention, while simultaneously decreasing its colloid osmotic pressure and increasing its solution viscosity. Our work on PolyHSA has demonstrated its ability to increase plasma viscosity, which induces mechanotransduction of the endothelium and elicits vasodilation and increased tissue perfusion. We have demonstrated that PolyHSA is able to resuscitate animals from hemorrhagic shock, endotoxemia, and sepsis.

Haptoglobin (Hp), hemopexin (Hpx) and transferrin (Tf) are important acute phase proteins, but also exist at relatively high levels (1-8 mg/ml) in normal plasma. With regard to acute and chronic intravascular and extravascular RBC destruction, these proteins play a critical role in the clearance of Hb, heme and iron and facilitate erythropoiesis through processes of iron recycling to the bone marrow and spleen. My lab has developed a hemopexin mimetic (apohemoglobin, apoHb) that can scavenge heme, and when bound to Hp as the apoHb-Hp complex can scavenge and detoxify both heme and cell-free Hb.

2. One page statement of intent

4. Class  schedule for the upcoming semester

Upon completing your application, please email the compiled PDF file to palmer.351@osu.edu . If your application is approved, you will be contacted via email for an additional interview.

Expectations for Working in the Andre Palmer Research Lab

Prior to working in the lab, you will be required to complete a set of lab standard Ohio State University Environmental Health and Science training modules: https://ehsapps.osu.edu/secure/apps/Training/Training.aspx. After completing this training you will need to complete a series of in lab training sessions including but not limited to chemical safety, biosafety level 2 (BSL2), chemical hygiene plan, and emergency evacuation. Failure to wear personal protective equipment (PPE), to maintain chemical safety, or to perform safe lab practices will result in termination.

When starting work in the lab you will be assigned to work with a graduate student mentor on a selected project. You will also be expected to complete several lab activities including general cleaning/housekeeping, process monitoring, and protein purification. Undergraduate researcher volunteers are expected to work at least 10 hours per week on average.  Work hours will need to be performed in 3-hour time slots at a minimum. Lab related communication and data storage must comply with laboratory procedures.

Advancing the science and engineering of artificial blood 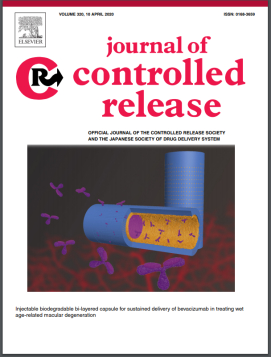 The Journal of Controlled Release recently featured the research of Clayton Cuddington from Professor Andre Palmer's group on the cover.

Graduate student, Xiangming "Shaun" Gu, presented his research on comprehensive biophysical characterization of polymerized bovine hemoglobin at the Chemical & Biomolecular Engineering Graduate Research Symposium 2019. The poster presentation earned him one of the prizes for Best Poster from over 50 participants.

The Graduate Research Symposium brings together graduate researchers, faculty, and industry representatives annually for a day of research discussion and innovation. More information about the forum can be found here.

Please search our publications on PubMed.